Home › Things to do in Amsterdam › A typical Dutch breakfast, lunch and dinner

Want to eat like the Dutch for a day? The Dutch diet is varied due the influences of many different cultures. That’s why you can find alot of different dishes in The Netherlands, the Dutch like to eat all different kind of kitchens like the French, Asian and Spanish kitchen. In our blog we would like to share what a Dutch person typically eats in the morning, afternoon and evening.

There isn’t a big difference between what the Dutch eat for breakfast or lunch. As a basis we mostly eat bread, crackers or biscuits (beschuit). Popular toppings on bread and crackers are cheese, chocolate sprinkles, peanut butter, meat, jam and chocolate spread. Milk, coffe, juice and water are popular drinks to go with your food. For breakfast the Dutch also like to eat yoghurt or milk with muesli or oatmeal or Brinta. Oatmeal or Brinta combined with milk is a more traditional Dutch breakfast, which for a long time was unpopular as a breakfast, but gained popularity due to the health benfits. It’s combined with fruits and/or nuts.

A lunch dish which also gained popularity, in contrast to the breakfast, is the tosti. The tosti is a sandwich which is made of two breadslices with ham and cheese and made warm with a roaster. The tosti became popular again as a countermovement to the superfoods. Ontbijtkoek or gingerbread is a typical Dutch product, gingerbread is made of rye flour, added sugar, corn syrup, fructose syrup, candy and baking powder. A typical Dutch lunch is a broodje kaas or bread with cheese, also popular is to add applesirop on top of that. Breakfast is eaten between 6 and 8 a.m. and lunch between 12 and 2 p.m.. Watch how American kids try a typical Dutch breakfast at 3:02.

The Dutch eat relatively early starting from 5 to 7 p.m., families mostly eat together around the dinner table. A typical Dutch dinner meal consists of potatoes, meat and vegetables, served with gravy. Dinner is often followed by a dessert in the form of yoghurt or coffee. Typical Dutch dishes are stamppot boerenkool (mashed kale), Hutspot (stew of potatoes and carrots), erwtensoep (split pea soup) and bruine bonensoep (brown bean soup). Food which isn’t typically Dutch, but which is ‘seen’ as Dutch are dishes like nasi (Indonesian dish) and bami (Chinese dish).

What do the Dutch eat in the weekend? The weekend is a time for the Dutch to unwind and to take it easier with dinner. In the weekend dinner can be eaten while watching television on the coach. The saturday is known as the three P’s day: pannenkoeken (pancakes), pizza or patat (fries). The dishes we mostly eat in the weekend. 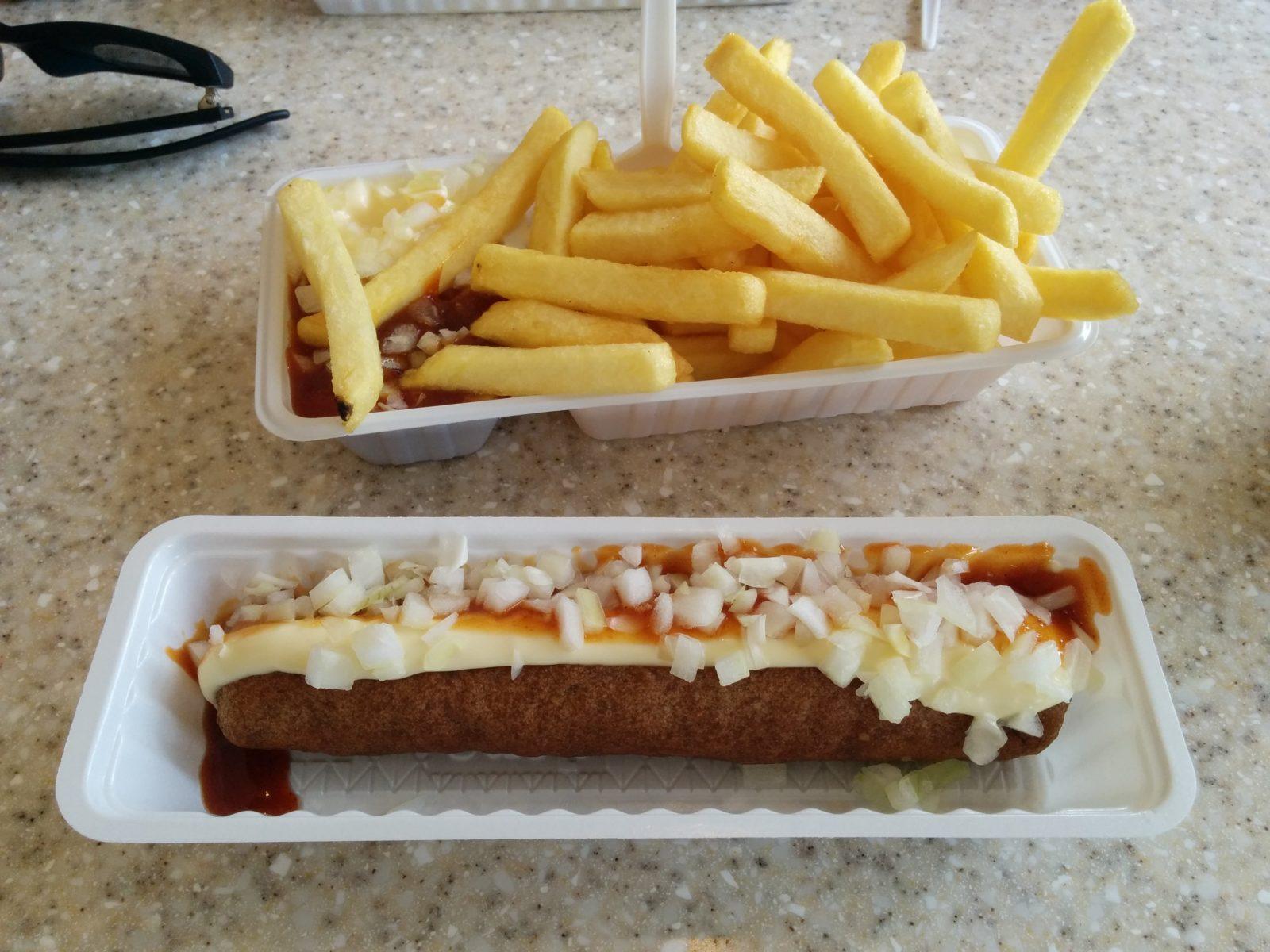